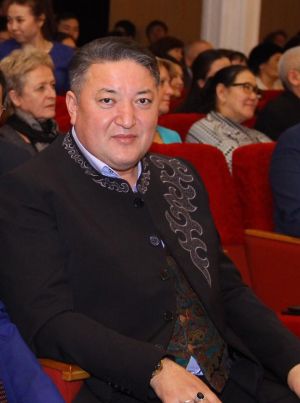 The current 216 Soviets of public consent  in  Karaganda region. Most of them:
- Region level - 1;
- city level - 8;
- district level - 9;
- rural level (district) - 195;
- at the enterprises - 3.
The total number of members are 1549 people.
The overwhelming majority of the settlements of the region are 100% covered by the activities of the Public Harmony Councils. The number of councils at the level of rural county shows the strengthening of the grass-roots level in the coverage and consideration of the interests at population of the districts and rural districts.
In order to strengthen the Councils from among the civil sector, representatives of ethno-cultural associations, political parties, trade-union organizations, mass media.
The interaction of the Soviets with ethno-cultural associations, mediation offices, councils of mothers, philanthropists, scientific-expert groups and other APC structures in the regions.
In 2018, the Councils of Public Consent in the region conducted 1,274 events with a coverage of 39,470 people. 1,058 events were held at the level of rural districts with the participation of 18,756 people. More than 100 recommendations are given, 244 questions and problems of citizens are allowed.
An analysis of the activities of the Soviets shows that a prioritized direction in their work is the solution of specific problems of the population at the local level and the expansion of the range of social tasks to be solved. Including:
- promoting employment and supporting entrepreneurship;
- issues of landscaping, streets and yards;
- repair of highways;
provision of material and other assistance to low-income and large families, persons with disabilities, orphans, etc .;
- the issues of quality and accessibility of education, healthcare and social services;
- issues of housing and housing and communal services;
- participation in charity;
- repair and construction of cultural objects (clubs, libraries, sports grounds, etc.), etc.
An important direction of the Council is to support socially significant projects and programs, aimed at strengthening social cohesion and national unity.
The Soviets take an active part in explaining important social and political initiatives, specifically, within the framework of information and explanatory work on the modernization of public consciousness and the program "Ruhany zhangyru", five social initiatives N.A. Nazarbayev and the annual Address of the Head of State to the people of Kazakhstan.